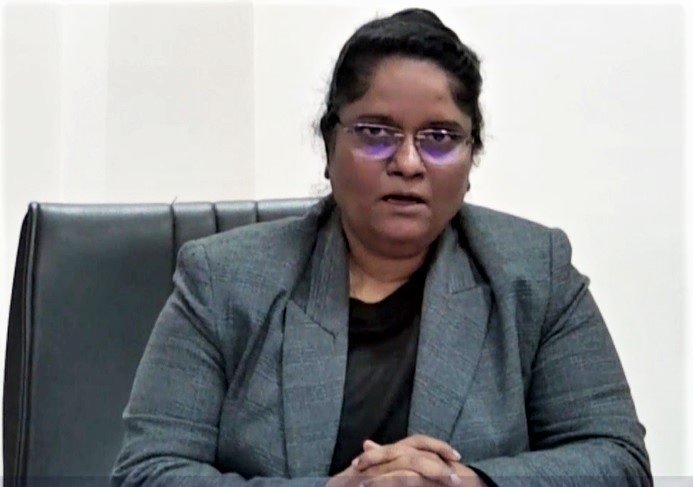 NEW YORK, NY (IANS) – A Mumbai nurse who came face to face with the 26/11 terrorists at a hospital and protected 20 newborns gave a moving testimony before the UN Security Council about the horrors of terrorism and its continuing effects.

Speaking through a video link from Mumbai, Anjali Vijay Kulthe said on December 15 that she brought “the voice of trauma and sorrow felt by families of victims and survivors of terrorist attacks from across the world”.

“I shiver even today as I recall the night of terrorist attacks while the terrorists were killing human beings like insects,” she said at Council’s meeting on counterterrorism. She spoke in Hindi, and it was simultaneously translated into the five languages of the UN.

Britain’s Minister of State for Foreign, Commonwealth and Development Affairs Tariq Ahmad broke into Hindi in the middle of his speech to tell “Anjaliji” her bravery and courage in the face of terrorism is an inspiration, adding: “Hum sab ki taraf bahut, bahut dhanyavaad,” (On behalf of all, thank you very, very much).

Kulthe, a nursing officer at Cama and Albless Hospital, was on duty when the Pakistan-based terrorists rampaging through the city entered the hospital

She said that one her assistants was injured by gunfire from two terrorists, and she took her to the casualty ward on the ground floor for treatment.

As she was returning to her neonatal ward on the first floor, she saw the two terrorists mow down two security guards and she rushed up and closed the iron doors to her section and moved the patients to the pantry for safety.

While locking the door, Kulthe said she saw two terrorists rushing to the second floor and they heard continuous gunfire punctuated by grenade bursts.

As she feared, one of the patients went into labor because of spiking blood pressure from the tension but a doctor could not come to take charge and Kuthe said she became afraid.

“Suddenly I felt my uniform give me courage, and my passion for nursing gave me clarity of thought,” she recalled. “With faith, I managed to get my patient to the labor room and a while later we were able to midwife a healthy baby. Then I returned to my ward to check on my other 19 patients,” she said, and they stayed there in darkness till the next morning when police came to their rescue.

Kulthe said that later when she was taken to identify a surviving terrorist, he said with an iota of remorse or shame, “Madam, you recognized me correctly. I am Ajmal Kasab”.

“His sense of victory haunts me even today,” Kulthe said. “We, the victims of 26/11 Mumbai attacks continue to wait for justice. As the sponsors of these dastardly attacks remain free even after 14 years. Too many lives have been lost. Too many children have been orphaned.”

Of her harrowing role, she said: “I’m happy that I was able to save lives of 20 pregnant woman and their unborn babies. “I request the international community through this concept to bring the sponsors of the 26/11 Mumbai attacks to justice and give the families of victims a closure.”

Many diplomats who spoke at the meeting hailed her courage.

Kenya’s Permanent Representative Martin Kimani called her “an inspiration to many around the world”.