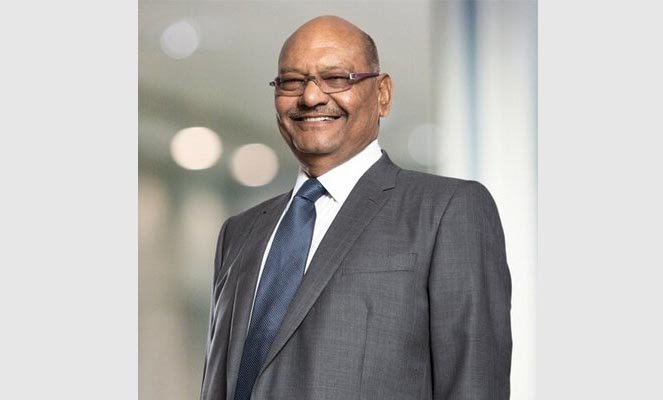 TORONTO, (IANS) – Vedanta founder Anil Agarwal was honored with the Global Indian Award worth $50,000 by the Canada-India Foundation at its 15th annual gala here on the weekend.

Agarwal donated the award money to a Canadian health charity working for the welfare of native Indians.

Accepting the award at a star-studded gala event that included Ontario Premier Doug Ford, ministers and Indian consul general Apoorva Srivastava, the mining tycoon lauded the achievements of the 1.6 million-strong Indian Canadian community in this country.

“I have gone all over the world, but I have not seen the kind of bonding in the Indian diaspora anywhere that I see in Canada. Take your businesses to the skies and make Canada proud. You live in the best country in the world,” Agarwal said.

He said India and Canada have many similarities and they complement each other in many fields. “Together, the two countries can do phenomenal work.”

The Vedanta founder said India has been a poor country. “But the time has reversed. The $3-trillion economy is going to be a $30 trillion economy in the coming years. The middle class which is 20 percent today is going to be 80 percent in the next six-seven years. We are going to build 150 big cities in India. Indians may be 20 years behind Canada in terms of lifestyle, but their aspirations are so high that with a population of 1.4 billion you can just imagine the demand.”

Ontario Premier Doug Ford praised the Indian tycoon for this charity. “I cannot think of any more deserving person (for the award) than Anil Agarwal whose generosity has improved the lives of so many people. You are a role model and an inspiration, Anil,” the Ontario Premier said.

Welcoming Agarwal to the gala event, Canada India Foundation chairman Satish Thakkar said, “Mr. Agarwal’s life story is one that should inspire every youngster growing up, to dream big and persevere to fulfill the dream. As a person who has pledged to give 75 percent of his wealth to charity, Mr. Agarwal is also a philanthropic role model for all. On behalf of CIF and all present, I extend a very very warm welcome to Mr. Agarwal.”

Ratan Tata, Dr A.P.J. Abdul Kalam, and Deepak Chopra are among the past recipients of the award.