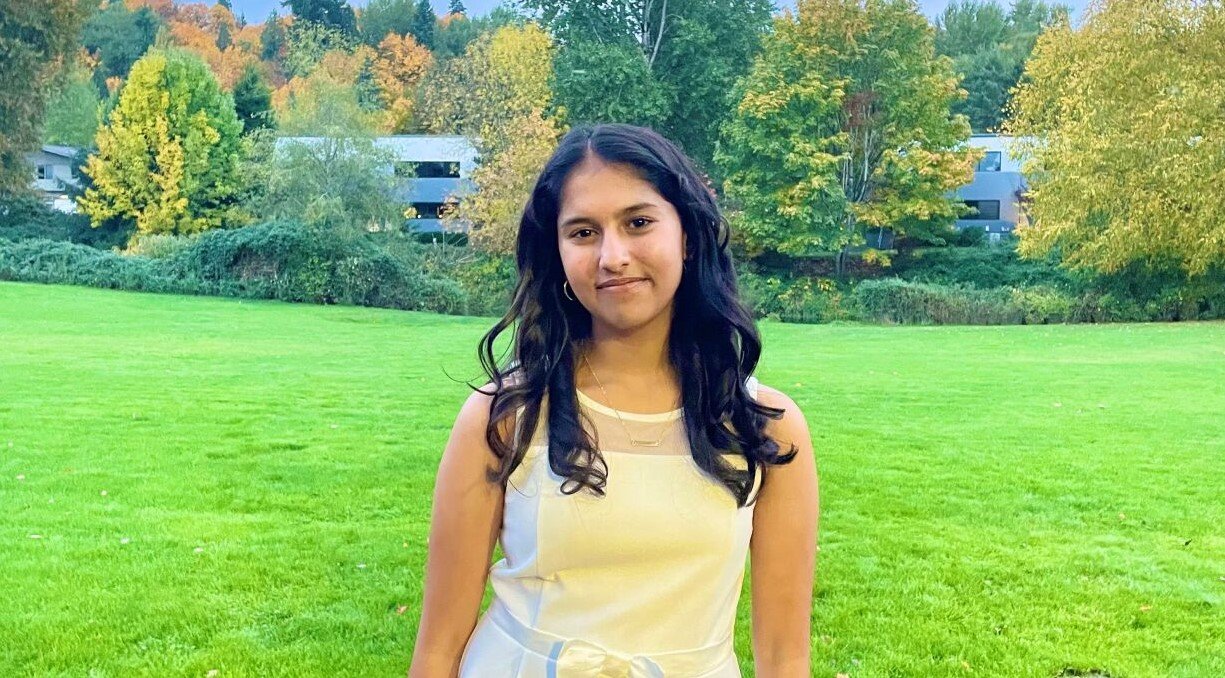 Sanika Datar, an Indian American freshman at Inglemoor High School in Kenmore, Washington, recently was honored with a Daily Point Of Light award for the work she has done through her non-profit organization.

Her work has been recognized at both the state and national levels, according to an email received by India-West.

The Daily Point Of Light award was established in 1989 by the late President George H.W. Bush to celebrate the power of extraordinary individuals to spark change and improve the world by donating their time and talent to better their communities.

Datar has been recognized for her service initiatives and community engagement efforts with Space For Youth, her non-profit organization. She was recognized both as a Point Of Light national honoree and on the Inspiration Honor Roll that was presented during the 2021 presidential gala event in D.C.

Datar is a prominent youth advocate and is working with the Kirkland City Council planning committee to promote safer bike lane standards as part of their 2022 Active Transportation Plan update. She is also a Sustainability Ambassador for Kirkland and is working with a team of peer ambassadors, local changemakers and city officials to educate and promote solar potential in the neighborhood. Her Vitalize-Earth-Day initiative to celebrate Earth Day with hands-on activities involving young children received a proclamation by the Kirkland mayor and she was earlier nominated as a 2020 Washington state honoree by the Prudential Spirit Of Community Awards. Recently, she received a Presidential Volunteer Service Award and was nominated as 2021-22 National Community Ambassador.

Over the past summer, Datar organized the Kirkland Children’s Business Fair to promote entrepreneurship among young kids, and was a recipient of the 2021 National Angela STEM award, which honors one female student across the country who is in grades 5-8 and who has shown excellence of involvement and/or has strong connection to science; evidence of sustained accomplishments or progress/interest in science; and evidence that the student’s interest in science has impacted others. The objective of the award is to encourage girls to consider careers in STEM.