HomeAmericasIndo AmericaWhat Was India’s Role in the American Killing of Zawahiri?

What Was India’s Role in the American Killing of Zawahiri? 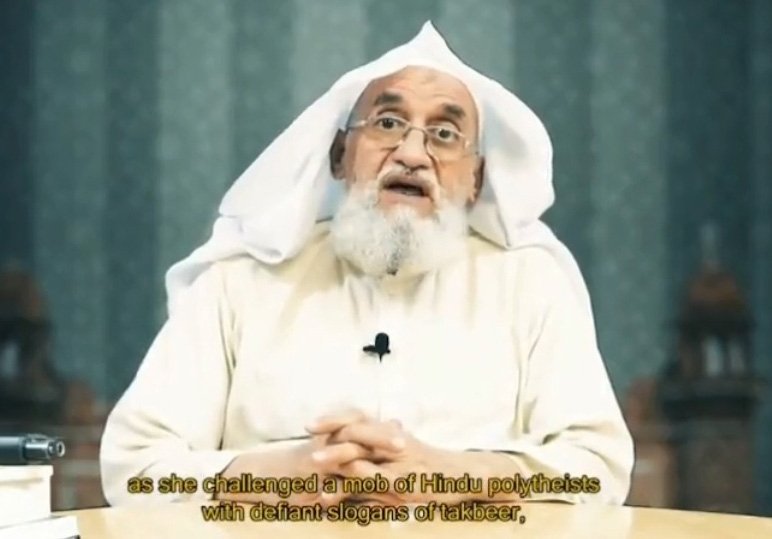 What Was India’s Role in the American Killing of Zawahiri?

ISLAMABAD, (IANS) – Slain Al Qaeda chief Osama bin Laden’s successor Ayman Al Zawahiri was assassinated in “an over-the-horizon operation” involving a “secret weapon” by the US in downtown Kabul on July 31, more than 11 years after the terror groups founding chief was killed in a US Navy SEALs operation in Abbottabad, a media report said.

Speculation abounds on how the US might have found and killed Zawahiri.

According to the report in The Express Tribune, the targeted compound is just a few minutes drive from the Indian Embassy in Kabul where technical staff is currently based.

Interestingly, Zawahiri’s second last video message was about Muskan Khan, a burqa-clad Indian Muslim girl who dared a group of young saffronites and shouted “Allah-O-Akbar” in front of them in Karnataka state in February 2022, The Express Tribune reported.

Eighty-two percent of officials of Afghanistan’s former spy agency, the National Directorate of Security, have been allowed by the IEA to work in various ministries due to a lack of technically qualified resources in their ranks.

They could have been a source of information for the Indian Embassy because the NDS and RAW worked hand in hand during Ghani’s rule.

There is a possibility that the Indians might have got the information from NDS and shared it with the Americans, The Express Tribune reported.

There are questions around which airbase was used to launch the MQ9 drone. Pakistan has denied any role in the strike. Military spokesperson Maj Gen Babar Iftikhar categorically stated that there was “no question of Pakistani soil being used for this purpose”. The Foreign Office went a step further to even rule out the use of Pakistan’s airspace.

A US media report claimed that the pilot-less aircraft was possibly launched from Ganci airbase, the US transit facility at Manas in northern Kyrgyzstan.

There were also media reports of some US air activity in Farkhor in Tajikistan, near the border with northern Afghanistan, 15 to 20 days ago. Other than that, Ayani airbase, in Tajikistan operated by US’s Quad partner India, and the CIA-operated K-2 Base in Uzbekistan could also be potentially used to carry out such a strike.

The neighborhood where the Zawahiri lived, located just 1.5 kilometers away from the Afghan Presidential Palace, is off-limits to most people, which rules out an outside sneak peek at Zawahiri’s safehouse.

Since the US has zero on-ground presence in Afghanistan after their pullout a year ago, rumors swirl that it might have been an inside job. America’s former point-man for the region Zalmay Khalilzad has hinted that the US may have been tipped off by the Taliban due to an internal power struggle between the Haqqani Network and the Kandahari Group.

Al Qaeda is a shadow of its former self and hence Zawahiri was virtually of no value to the Taliban; therefore, he could have easily been given up in a quid pro quo.