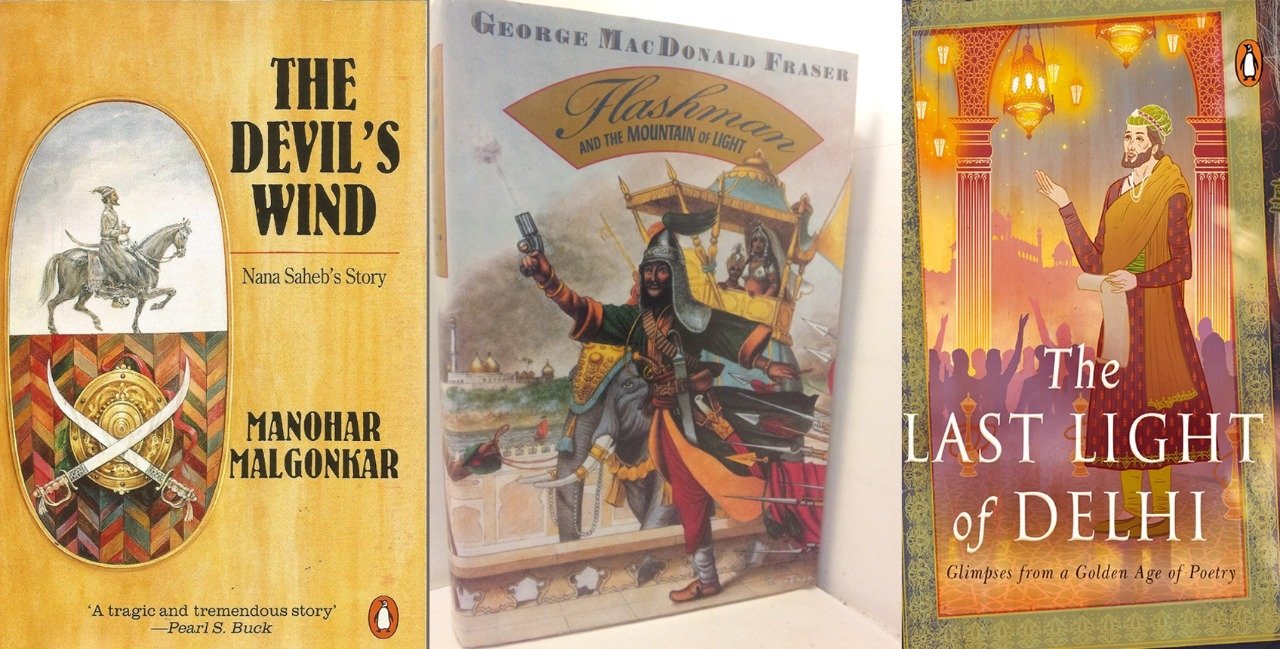 “The whole Earth is the sepulchre of famous men…,” once observed Athenian statesman Pericles, going on to stress that their story is not engraved only on stone, “but lives on far away.” The ancient Greek leader may not have known it, but his sentiment finds suitable reflection in the domain of historical fiction, particularly the variant which focuses on or draws in real-life notables from various ages.

Dipping into the genre, you can find Roman emperors, Mongol conquerors, Persian poets, Spanish conquistadors, Soviet statesmen, American gangsters, Nazi leaders, philosophers, scientists, revolutionaries of all stripes, and a wide array of many others in human history’s colorful tapestry, in all their glory or notoriety. The accuracy and veracity of their depiction may differ, depending on the amount of research done by the author and the intention.

The use of historical domain characters has been a staple of literature, right down from the age of epics and folklore, but for the form we are generally concerned with, it had to wait till the development of the novel, and the pioneering efforts of writers such as Sir Walter Scott (“Ivanhoe”), Alexandre Dumas (“The Three Musketeers”), and many others.

As far as actual depiction goes, any interested reader would be spoilt for choice. Figures such as Alexander ‘the Great’, Julius Caesar, Genghis Khan, Napoleon, Abraham Lincoln, Theodore Roosevelt, Adolf Hitler (and his entourage), Stalin, William Shakespeare, Michaelangelo, Dr Sigmund Freud, and Che Guevara are among those who figure regularly. Even the likes of Gamal Abdel Nasser, Yuri Andropov, and Marilyn Monroe can be found in some works.

In the Indian subcontinent, we find the oeuvre is rather sparse, despite the richness available across the many millennia of significant history and culture.

As noted above, several British and American writers have focused on India and its notable historical characters — apart from Flashman’s three Indian forays in the mid-19th century, the Mughals are dealt with Alex Rutherford (the team of Diana Preston and her husband Michael Preston) in their six-part series spanning “Raiders from the North” (2009) to “Traitors in the Shadows” (2015).

How about Indian writers? There are many who have written splendid historical fiction, from the late Khushwant Singh, who paid a paean to his city with “Delhi: A Novel” (1990) which covers the city’s bloody history from the Slave Dynasty to the shameful 1984 anti-Sikh riots, via the Mughal, British and Partition and post-Partition periods through some historical and fictional characters, to Madhulika Liddle’s “The Garden of Heaven: A Novel” (2021), which concentrates on two eventful centuries for Delhi, spanning from the fall of Prithviraj Chauhan to the coming of Timur.

Yet, the sort of historical domain characters featured in works as noted are painfully less.

One author who tried was Manohar Malgonkar who began his literary career with “The Sea Hawk: Life and Battles of Kanhoji Angrey” (1959). This is a stirring and evocative account of the talented Maratha sailor who fought and defeated various Europeans on the maritime domain where they were perceived as stronger in the early 18th century and deftly capturing the milieu he operated in, and the notable personalities of the time.

Malgonkar also went on to write “The Devil’s Wind” (1972), told from the perspective of Nana Sahab Peshwa, one of the key figures of 1857, and besides giving some unforgettable views of his compatriots (Rani Lakshmibai, chiefly) and enemies, offers his take on episodes like the Satichaura and Bibighar massacres of the British in Kanpur, his dealings with the Scindia ruler (much more nuanced and credible that what we usually see), and his fate.

Bhagwan S. Gidwani’s “The Sword of Tipu Sultan” (c 1970s) is a valuable look at the life and times of a key ruler with a contested heritage.

A.K. Sreekumar’s “The Begum’s Secret” (2011) is set in nawabi Avadh — another untapped area — but only briefly features the ruler of the time, Asaf-ud-Daula, whose magnificent constructions still define Lucknow.

Then, there is Arjun Raj Gaind, whose second Maharaja Sikandar Singh whodunnit, “Death at the Durbar” (2018), has incisive portraits of an array of Indian Maharajas of the early 20th century, from the haughty yet miserly Nizam to the strapping yet capricious Maharaja of Patiala, and the thoughtful ruler of Baroda.

There are some more dealing with Shivaji and his son, the first six Mughals, but a lot of key epochs and their personalities still go unrepresented — the research needed, and the reverence expected being the major hurdles. The need is for absorbing stories, not pious hagiographies.