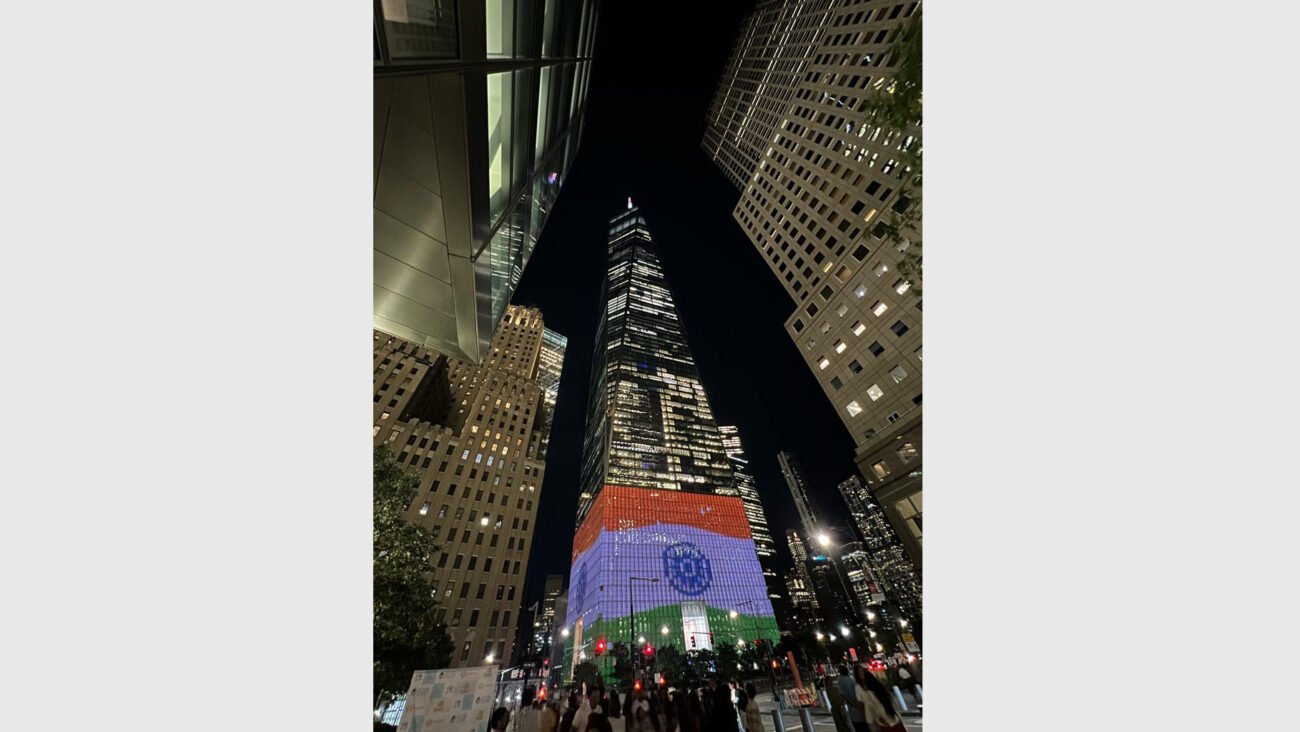 NEW YORK, NY – Starting at 8pm on August 15, an animated Indian Flag was displayed on the One World Trade Center podium. The building’s spire was also lit up in the Indian Tri-color.

This initiative commemorates the world’s largest democracy – India celebrating its 75th year of Independence. As part of the celebrations, other Durst installations at One Bryant Park and One Five One, in mid-town were also lit up in the tricolor.

“This is a historic moment commemorating India’s Independence and most importantly the expression of love between the US and India,” said South Asian Engagement Foundation Founding Trustee Rahul Walia. “We hope to continue the tradition and enhance the experience for everyone with more imagery on the podium,” he added.

The community gathered to witness the event as the Foundation gave out commemorative pins to mark the celebration.