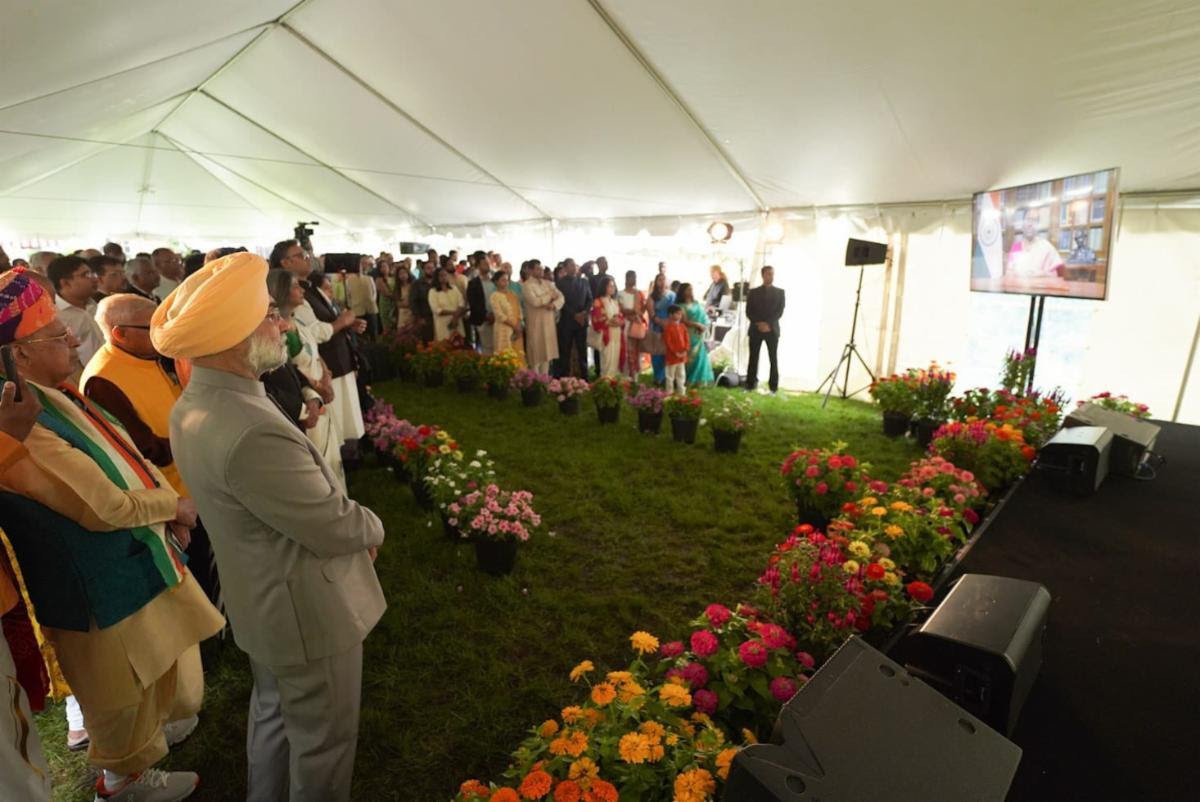 WASHINGTON, DC – The 76th Independence Day of India was celebrated here with a flag-hoisting ceremony on August 15 at India House. The ceremony was attended by a number of Indians, Diaspora members, and friends of India, and was live streamed to facilitate virtual attendance.

Sandhu noted that India, as a nascent democracy, had traversed through odds to bring development, peace, security, and prosperity not only to its people but for the world. Today, India is an indispensable part of the solutions to global challenges, he said, be it in healthcare in the form of the pandemic or in food security or critical technology.

A short cultural program involving classical Indian dance performances from four corners of India, including Kuchipudi, Odissi, Kathak and Bharatnatyam was presented. The ‘Har Ghar Tiranga’ campaign was commemorated with a large handcrafted Indian Tricolor being displayed during the occasion.

Members of the US Senate and House, and dignitaries from diverse fields of business, arts, science, have conveyed their greetings to the Ambassador, an Embassy press release said.