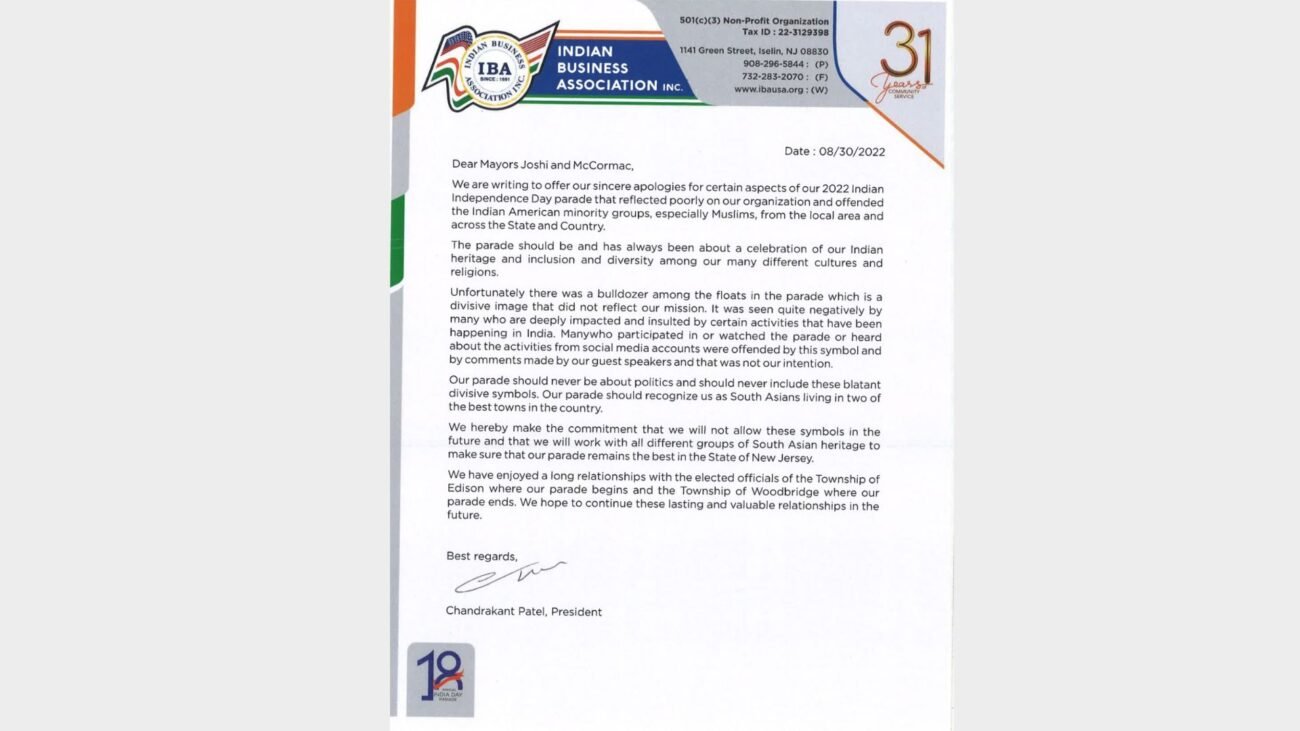 EDISON, NJ – An unconditional apology has been made by the Indian Business Association for a float that it featured in its independence day parade here, offending and raising the shackles of city officials and activists.

The float which was actually a bulldozer was viewed as being directed at the Muslim community.

The IBA letter was addressed to Sam Joshi, Mayor of Edison as well as the Mayor of Woodbridge Township, John E. McCormac. Organizers of the parade had been roundly criticized by the two who said they were outraged that a bulldozer with the image of the Chief Minister of Uttar Pradesh in India, Yogi Adityanath, and Prime Minister Narendra Modi, had rolled through their two cities.

After apparently having resisted issuing an apology, on August 30, the letter signed by IBA President Chandrakant Patel was also sent out to the media.