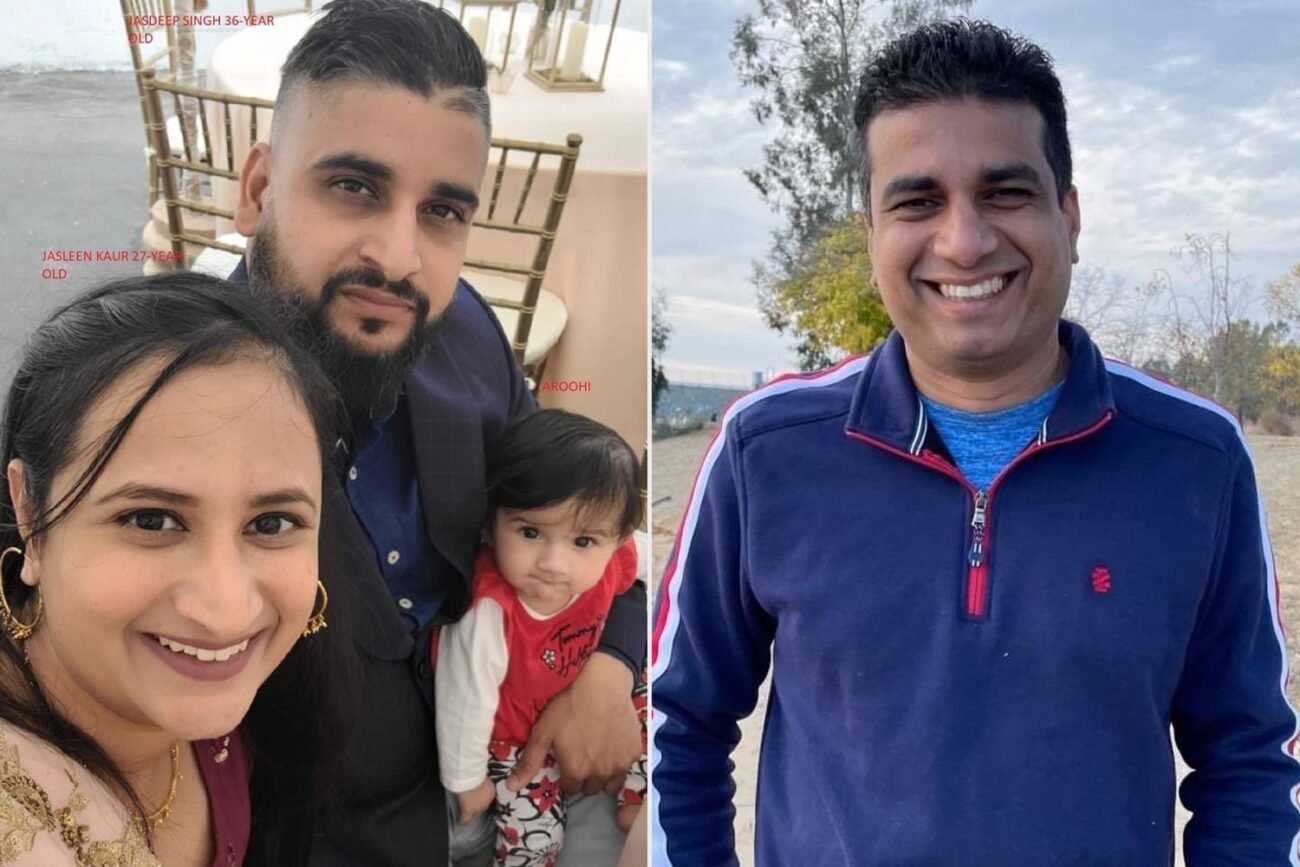 MERCED, CA – An eight-month-old Indian American baby, her parents and an uncle who were kidnapped in CA have been killed in “a horribly, horribly senseless” crime, according to the local sheriff.

Their bodies were found in a remote farm on October 5, Merced County Sheriff Vernon Warnke said. “There is a special place in hell” for the person who committed the crime, he said at a news conference near where the bodies were found.

He said that he hoped the district prosecutor would demand the death penalty.The suspect in the kidnapping, who was arrested on October 4 after he had tried to kill himself, was talking to investigators, he said.

Baby Aroohi Dheri, her parents, Jasleen Kaur, 27, and Jasdeep Singh, 36, and uncle, Amandeep Singh, 49, were kidnapped on October 3 from the family’s trucking business in Merced, about 225 kilometers southeast of San Francisco.

Warnke said that the victims’ family had been informed and arrangements were made through contacts to get them “spiritual guidance to get through this”.

The bodies were found near each other by a farm worker, who informed the authorities, Warnke said. Earlier at a morning news conference, Warnke ruled out that the kidnapping was a hate crime and said money was the likely motive.

The suspect, Jesus Manuel Salgado, was convicted in 2005 of an armed robbery and paroled in 2015. His prior record points to a financial motive, he said.

Delgado had told his family that he was involved in the kidnapping, and they reported it to the authorities, Warnke said.

Before officers reached him, he attempted suicide and was taken to a hospital, he said. Officers waited there for medical clearance to speak to him.

After the bodies were found, Warnke said there was a lot of circumstantial evidence against Delgado, and they were trying to build direct evidence.

He said he was emotional at the news conference because a child has been killed.

“I am just livid inside because this was totally, completely senseless; a whole family has been wiped out”, he said.

He said that a phone belonging to the family had been found by a farm worker on a street in the area where the body was found. The family’s bank card had been used at an ATM and they were trying to get a clear picture of the person who withdrew the money.

At the morning news conference, a chilling surveillance video of the kidnapping was shown. Jasdeep Singh and Amandeep Singh were first led at gunpoint with their hands tied and driven away in Amandeep Singh’s truck. The suspect returned a few minutes later and took Jasleen Kaur and the baby in the same vehicle.

Later the truck was found burning, which led to the discovery of the kidnapping.

The family’s cousin, Sukhdeep Singh, and another relative, Balwinder Saini, made a plea at the news conference for the return of the family or information about them.