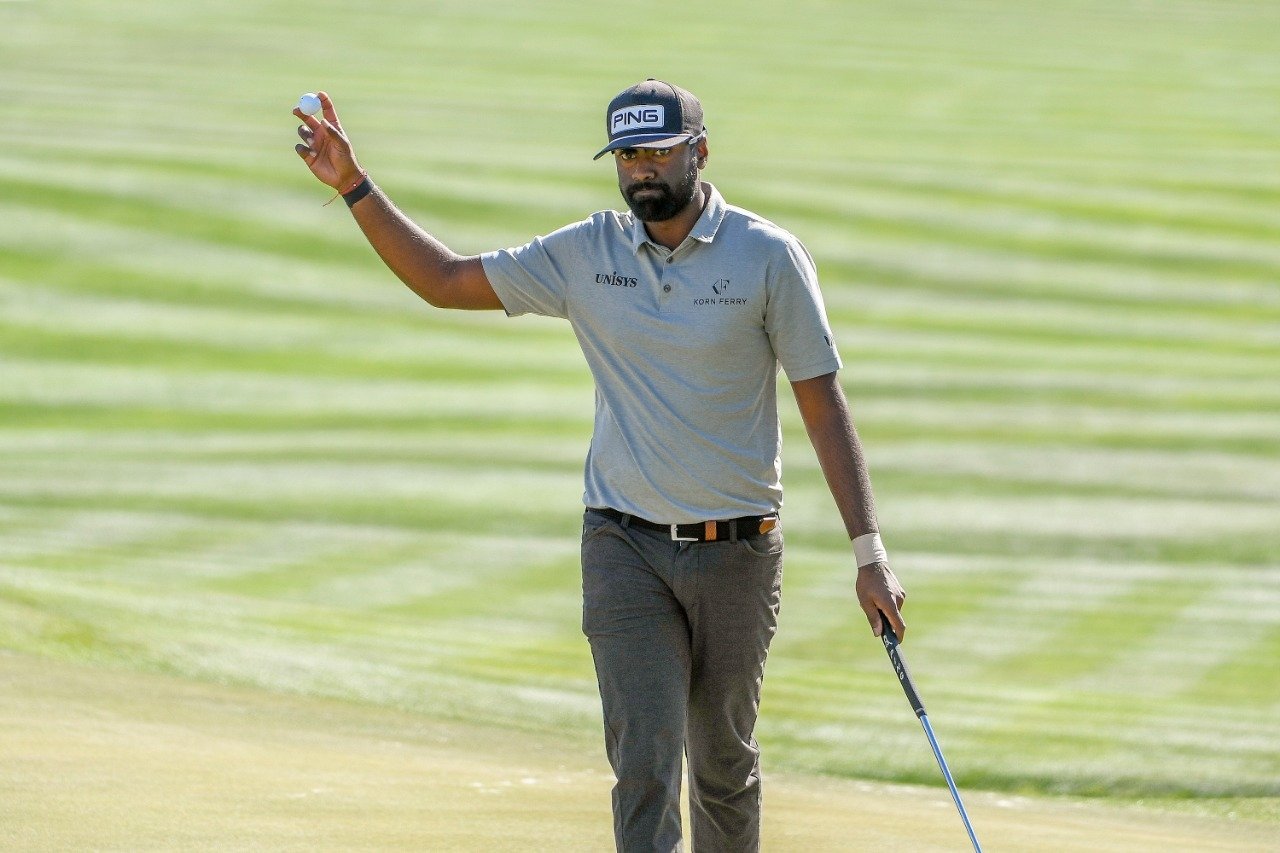 SAN FRANCISCO, CA (IANS) – A lot has changed for Sahith Theegala, but the Indian American says nothing has changed for him. From being 351st in the World at the end of 2021, Theegala is right now 55th.

The sea-change in his career came from having qualified for the Tour Championships, which has opened so many doors for Theegala. This week he will tee up at the Fortinet Championships at the Silverado Resort and Spa in Napa, CA.

Theegala, 24, who loves visiting India, from where his parents hailed and made the US their home, maintains a strong bond with their country of origin.

Now as he gets set for the new season 2022-23, he said, “Nothing changes. Just grateful for the opportunity to play events with more of the top players. The money for me personally does not matter too much yet. I want to prove a lot more to myself just in trying to improve my golf game and attitude. But overall, obviously very excited to play in big events.”

So how did Theegala take the break after the Tour Championship? He said, “Not much of a break. But nice to reset and think about stuff outside of golf and just relax. I think the real break will be during the November/December offseason. Didn’t celebrate or anything either. going to wait for a better time.”

And, on December 4 he will mark his 25th birthday. By then in the heart of hearts, he hopes to have his maiden PGA Tour win. That will be a good time to celebrate.

As a rookie, Theegala’s dream was to keep going up and up on the Tour, right up to getting into the Tour Championship. That did become a reality. “That was great,” he said simply.

However, even as he waited for the final round to finish at the BMW Championship, it was obvious it was a nervous wait. He needed to be inside “The 30” to open more doors, even some other big names missed out. Ultimately, he made it.

Once he was into the Tour Championship, the tension receded, but now he was keen to finish higher. It did not happen. He ended 28th.

On the face of it, Theegala got a shade more than half a million (US 520,00) for finishing 28th in the field, but he is now on the brink of reaping some amazing benefits as the last wraparound season gets underway this week in California.

At a time, when ‘money’ is the buzzword in golf and heard more often than birdies and bogeys, Theegala’s thoughts are refreshing.

Yet, making it to the Tour Championship at the East Lake is like walking into a new world. He is guaranteed a spot in all four majors in 2023 with some gigantic purses – $17.5 million for U.S. Open: $15 million for master’s and PGA Championship, and $14 million for Open Championship. Those purses are sure to go up by the time the players tee up.

Theegala, who just about got into the Open at St. Andrews (“It was a dream come true,” he said then) but is now guaranteed all four Majors.

Then there are those record-breaking purses at the Arnold Palmer Invitational, Genesis Invitational, and the Memorial, which will all feature $20 million purses – for the record the purses at these events have gone up from $12 million in 2022 and are more than double the $9.3 million being played for at those tournaments just last year in 2021.

One of the most interesting things about the Fortinet is that each of its last three winners has gone on to qualify for the TOUR Championship.

Beginning this season, the top 70 players at the conclusion of the Wyndham Championship will qualify for the FedEx Cup Playoffs, while the top 125 will not be finalized until the end of 2023.

Five of the players in the field this week will be competing at next week’s Presidents Cup at Quail Hollow. Defending champion Max Homa is the lone U.S. Team member, while Corey Conners (Canada), Cam Davis (Australia), Hideki Matsuyama (Japan) and Taylor Pendrith (Canada) compete for the International Team.

At No. 16 in the World Rankings, Hideki Matsuyama is the highest-ranked player in the field, which includes five-time PGA TOUR winner, and 2015 PLAYERS Championship winner Rickie Fowler is making his first start at the Fortinet Championship since 2010.