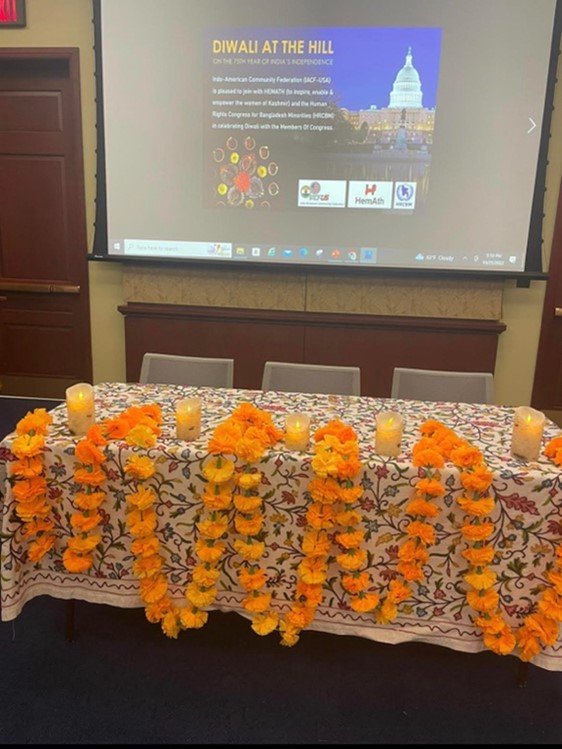 WASHINGTON, DC – The Indo American Community Federation on October 25 celebrated Diwali on the Hill with Congressman Ro Khanna (D-CA). The traditional ‘diya’ was lit and Rahul Zutshi, founding member of IACF, made opening remarks. “Let us take this time to reflect and celebrate the Festival of Lights, which reminds us that light will always triumph over darkness,” Khanna told those in attendance, according to a IACF press note.

A presentation was made by Shakun Malik, founder of Hemath, on efforts being made to inspire and empower the women of Kashmir.

Priya Saha, Executive Director of the Human Rights Congress for Bangladesh Minorities, presented an award to Khanna for his efforts in creating awareness and cosponsoring the bipartisan resolution H.Res.1430 recognizing the Bangladesh genocide of 1971.

Abhimanyu Kaul, founder of Value in Action, traveled from India to speak of the essence of Diwali and how it unites global communities.