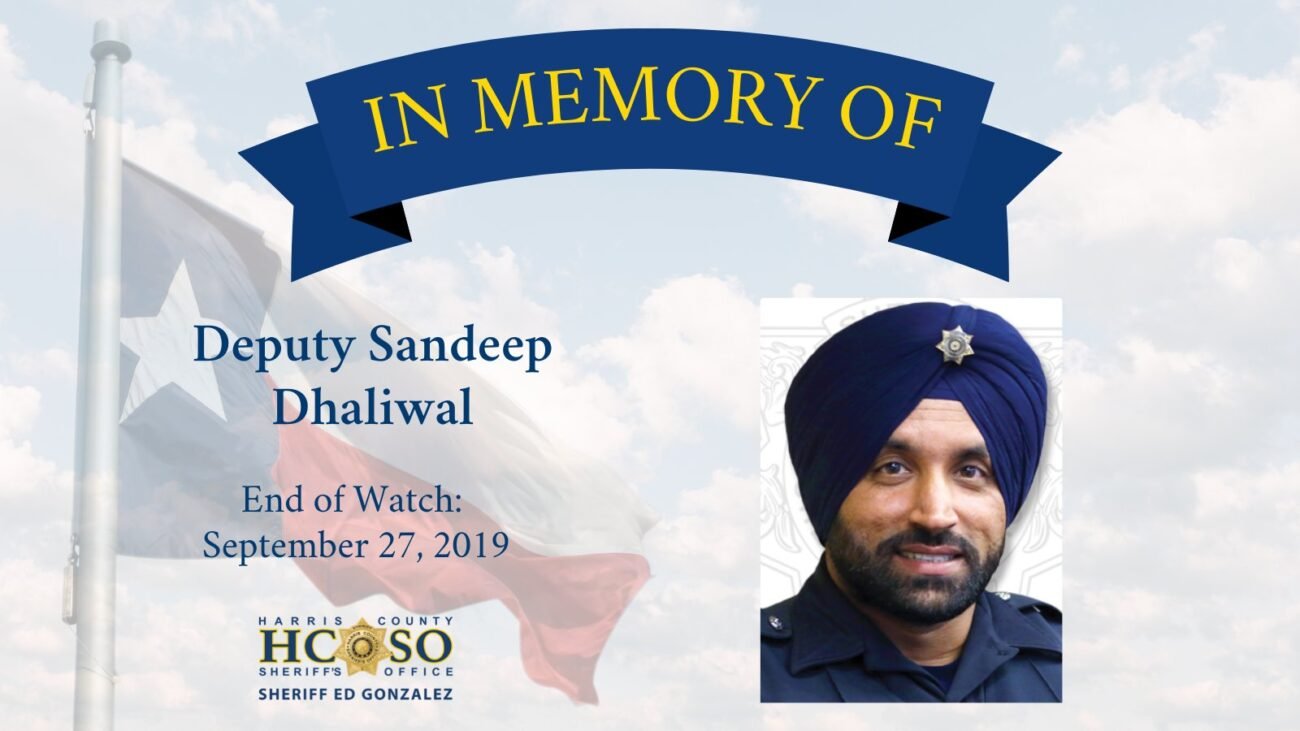 HOUSTON, TX (IANS) – The killer of an Indian American police officer here has been found guilty of murder with the possibility of getting the death penalty.

A jury on October 18 found Robert Soli guilty of capital murder in the murder of Harris County Sheriff’s Deputy Sandeep Dhaliwal in September 2019.

Because Solis is convicted of capital murder, he can be sentenced to death.

A defiant Solis told the jury: “Since you believe I’m guilty of capital murder, I believe you should give me the death penalty,” ABC13 TV in Houston reported.

After its verdict, the jury began consideration of the penalty to impose on him.

Dhaliwal was shot in the back of the head by Solis as he was returning to his vehicle after a traffic stop, according to the prosecution.

The verdict came quickly from the jurors who deliberated their verdict for less than 30 minutes after a week-long trial filled with theatrics by Solis, who disrupted court proceedings several times.

He dismissed his lawyers and acted as his own lawyer cross-examining witnesses and presenting his own case, while at one point demanding to remove the judge from the case.

He changed his mind in the final phase of the trial and asked Judge Chris Morton for a lawyer, but his request was denied.

Solis had admitted that he shot Dhaliwal but claimed: “I accidentally pulled the trigger and it discharged.”

But, according to the station, prosecutor Lauren Bard dismissed his assertion and told the court, “This is (by) intent, and he comes running up to that man with a gun and he shoves him up against the car” and shoots him.

Dhaliwal’s relatives, who had watched the trial except when photographs of the crime were shown, told the station that they were relieved by the verdict and would testify before the jury decides on the punishment for Solis, it said.

Dhaliwal, who was 42 and had been in service for 10 years when he was killed, is survived by his wife and three children.

He became a law enforcement officer to help build the relationship between the Sikh community and the Sheriff’s Department. He organized volunteers to help his fellow Texans after hurricane Harvey devastated much of the state in 2017, and he traveled to Puerto Rico to help with relief after hurricane Maria in the same year. Dhaliwal made headlines when the obtained a religious exemption in 2015 to wear a turban as part of his uniform.

Solis is a 50-year-old history-sheeter with arrest records going back at least 25 years. He was convicted in a kidnapping and assault case in 2002 and sentenced to 20 years but was paroled in 2014.

Two years ago, his girlfriend accused him of assaulting her and a warrant was issued for his arrest, sending him underground, according to the station.

When Dhaliwal stopped him for a possible traffic offense, Solis may have feared he would be arrested on the warrant.

Solis admitted in court that he gave a false name to Dhaliwal when he was pulled over and a passenger in his car testified that he had said before he killed Dhaliwal: “I am not going back to jail.”