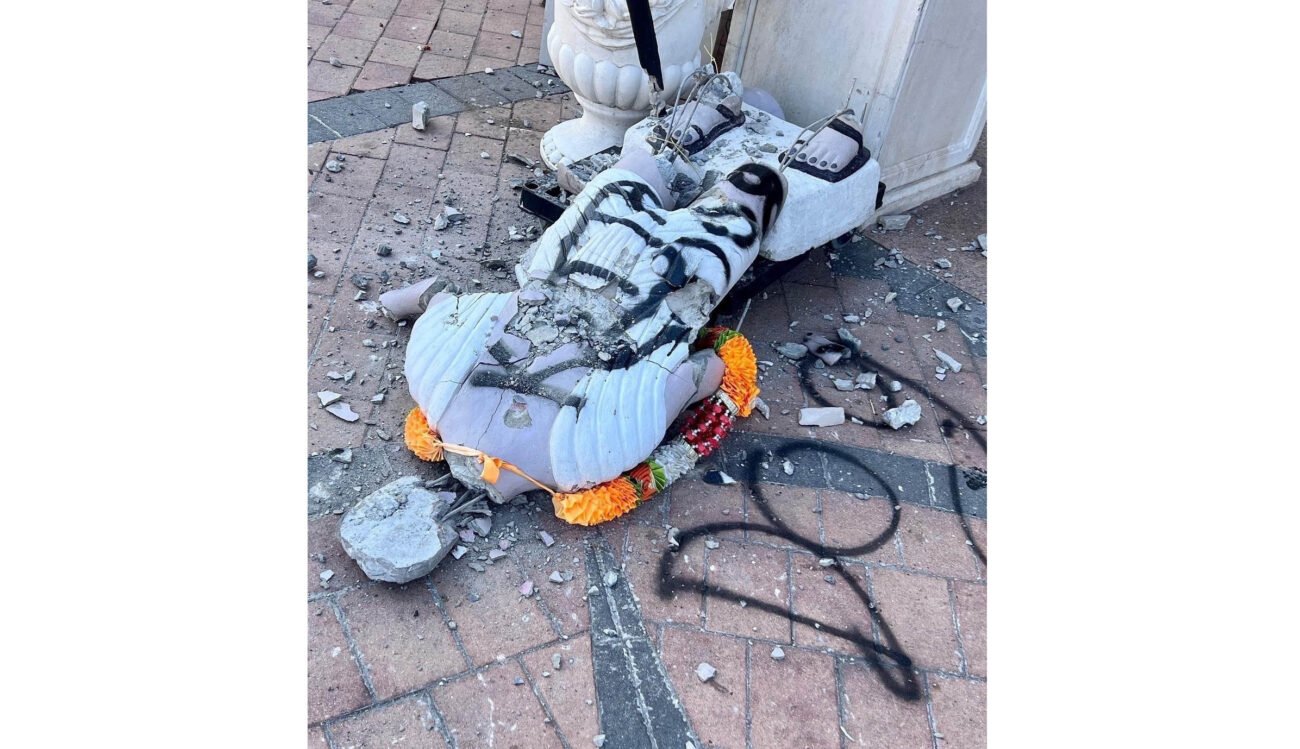 QUEENS, NY – A suspect, Sukhpal Singh, 27, has been nabbed and charged of a hate crime. District Attorney Melinda Katz told the media that the Indian had been accused of using a sledgehammer to knock and deface a statue of Gandhiji that stood outside the Tulsi Mandir in Richmond Hill.

Katz said, “As alleged, the defendant, along with several unapprehended others, committed a disgraceful act of violence against a Mahatma Gandhi statue that has become a universal symbol of peace, unity, and inclusivity.

Hate and bias-motivated attacks have no place in our communities and my office will hold such perpetrators accountable.”

Authorities said four others are still being sought. After the crime, the group had fled in two cars, including Sukhpal Singh’s Mercedes-Benz.

Assemblywoman Jenifer Rajkumar, who represents the neighborhood and is the first South Asian-American woman elected to statewide office, praised the arrest saying in a statement, “What began as a conversation between me and local Hindu leaders at the mandir last month became a global discussion that even drew support from the White House with President Biden condemning this hate-fueled attack,” she said. “This kind of interfaith and global unity is exactly what we need right now to defeat the forces of hate.”

Photos of the hateful act posted online showed the words “Kutta Dog” spray painted on and around the shattered statue.