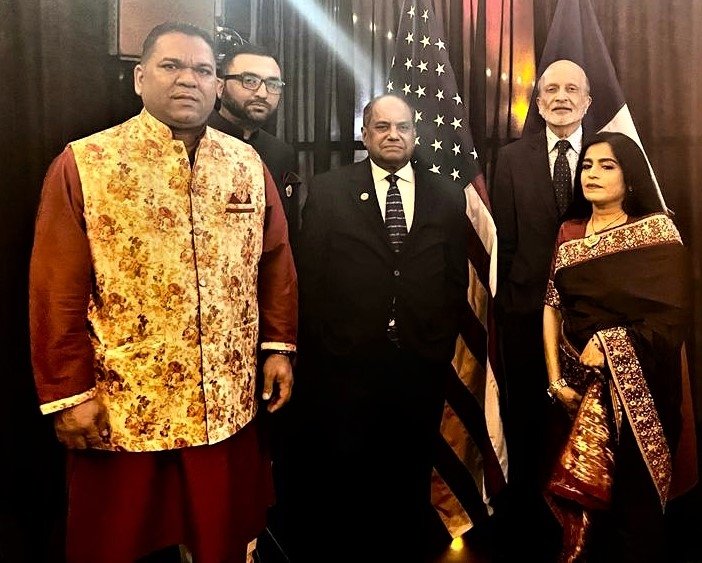 During the recent Diwali celebrations at Gracie Mansion, Adams awarded the Global Organization of People of Indian Origin (GOPIO), led by Dr Thomas Abraham, for mobilizing the Indian community and working for the common good of the society in the New York area. Federation of Indian Associations of NY, NJ, CT, Indiaspora, Grammy Award Winner Falu Shah and Tulsi Mandir of Richmond Hill Queens and Lion Romeo Hitlall of the Indo-Caribbean community, were also honored.

“I looked at during the 70s when we saw such a large wave of those who came from India, moved to Queens, wanted to believe in American dream and you worked hard and opened small businesses, and you sent your children to school to learn different skills so they can be deputy mayors and doctors and leaders of agencies and help our city move forward, fortifying the strength of our city,” said Adams, addressing a gathering of over 1,100 people

The city houses one of the highest populations of Indians in the US, with at least 711,174 Indian residents as of 2017.

“After attending the incredible Diwali party at the White House, we came home to New York City where we were bestowed with a Citation for our contribution to the performing arts. We’re super grateful and honored!” Grammy Award-winning Indian vocalist, composer, and educator, Falu Shah, wrote in a tweet.

Pandit Lakhram Maharaj, the founder of Shri Tulsi Mandir, accepted the honor on behalf of the temple. In August, a handcrafted statue of Mahatma Gandhi was destroyed by a group of six persons with a sledgehammer at the Tulsi Mandir.