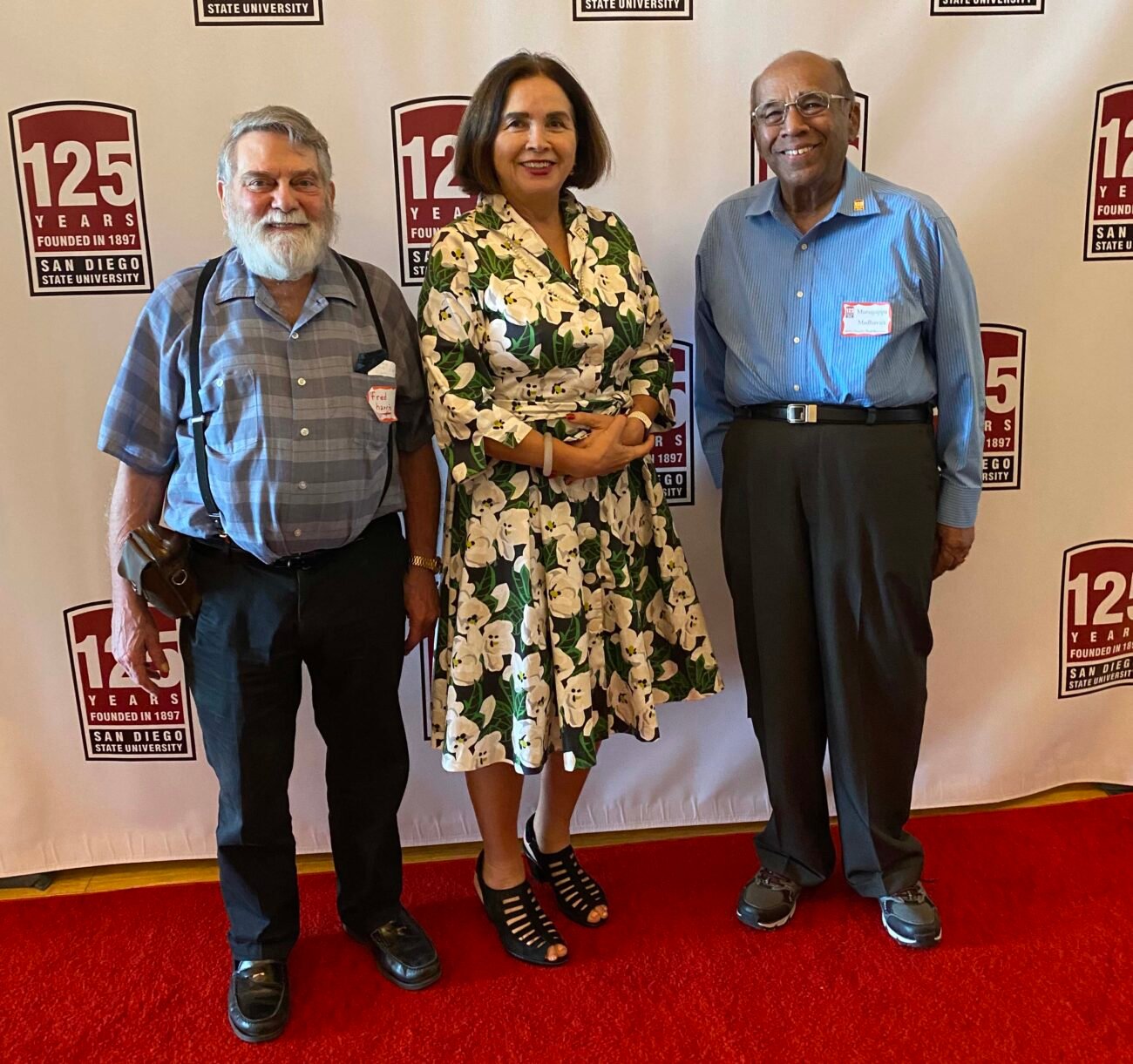 SAN DIEGO, CA – Indian American professor M.C. Madhavan, who has led a very distinguished academic career spanning over 60 years and has earned many prestigious honors, now has his own day on the calendar.

The City of San Diego proclaimed December 19, 2022, to be ‘Dr. Murugappa “Madhu” Madhavan Day to recognize the 90-year-old’s service and contributions to students and communities worldwide. Madhavan is Professor Emeritus of Economics and Asian Studies at San Diego State University.

San Diego Mayor Todd Gloria issued the proclamation, which noted several career highlights, including Madhavan’s selection as the “Most Influential Professor” within the Economics and Asia Pacific Studies departments at San Diego State University, and his tenure at the World Bank in Washington, D.C., as economist in the department of Europe and Middle East, as well as assistant secretary of the Economic Committee from 1963-68.

It also underscored the many accolades bestowed upon him over the years: In 2010, Madhavan, who began his teaching career in 1955 at Annamalai University in India, was conferred the Gandhi-King-Ikeda Award by Morehouse College and Martin Luther King Jr. International Chapel, Atlanta; and he was honored as a Local Hero in San Diego in 2014 by KBPS and Union Bank.

He chaired the United Nations Development Program mission to India, as well as served as an advisor to Governor Sim Grinio Iloilo province, Philippines. He was also a visiting scholar at the International Monetary Fund.

Madhavan, who also served as the president of the Tamil Nadu Foundation, has held positions in numerous civic organizations, including the Forum of the Arts (San Diego) and the Mayor’s Advisory Committee on Asia Pacific Islanders. He is also a founding member and advisor to the Mingei International Museum. Madhavan also founded the San Diego Indian American Society to establish the Mahatma Gandhi Scholarship and Mahatma Gandhi Memorial Lecture program in 1984.