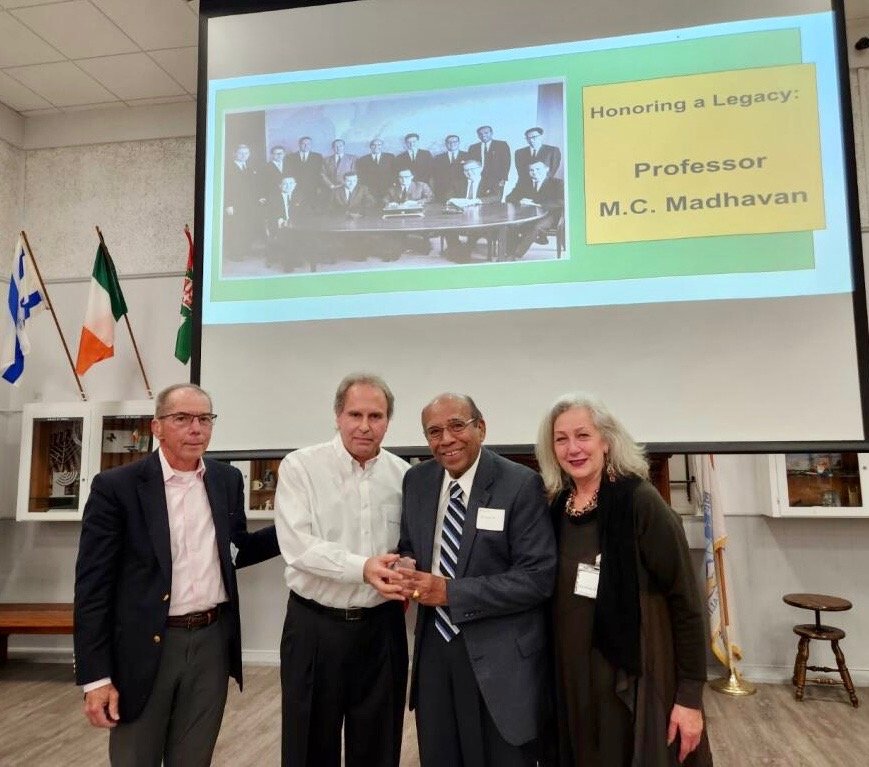 SAN DIEGO, CA –Professor M.C. Madhavan on December 6, was recognized by the San Diego World Affairs Council (SDWAC) at a special ceremony for his lifetime of contribution and dedication to the San Diego-based organization.

Madhavan, a Professor of Economics and Asian Studies Emeritus at San Diego State University, served as the President of the Tamil Nadu Foundation and is a founding member and advisor to the Mingei International Museum. Due to his distinguished legacy of support and community work in the international sphere, The Dr. M.C. Madhavan San Diego World Affairs Council Scholarship Endowment was set up in his honor. It will be used annually to recognize and support a community college student in the San Diego area.

Madhavan remarked of his award, “I am grateful to my close friends and my sons who contributed to this endowment.”

A five Fulbright Awards recipient, Madhavan has held visiting professor appointments at the Indian Institute of Technology, Madras; the National Institute of Bank Management, Poona; the Madras School of Economics, Chennai; the University Putra Malaysia; and for the Harvard University’s Fulbright Teaching Program in Ho Chi Minh City and the University of Law and Economics, Phnom Penh. He is also the recipient of numerous awards, including, Gandhi, King, Ikeda Award and Peace Medal by Morehouse College and Martin Luther King International Chapel and KPBS Television — Union Bank Local Hero Award.

Madhavan has held positions in numerous civic organizations, including the Forum of the Arts (San Diego), and the Mayor’s Advisory Committee on Asia Pacific Islanders. He was a visiting scholar at the International Monetary Fund and at the University of Taipei, Taiwan and at Guangzhou Normal University, China.

Madhavan joined SDWAC, a chapter of the national World Affairs Councils of America, as a member in March 1970 and has served in various capacities there over the years.