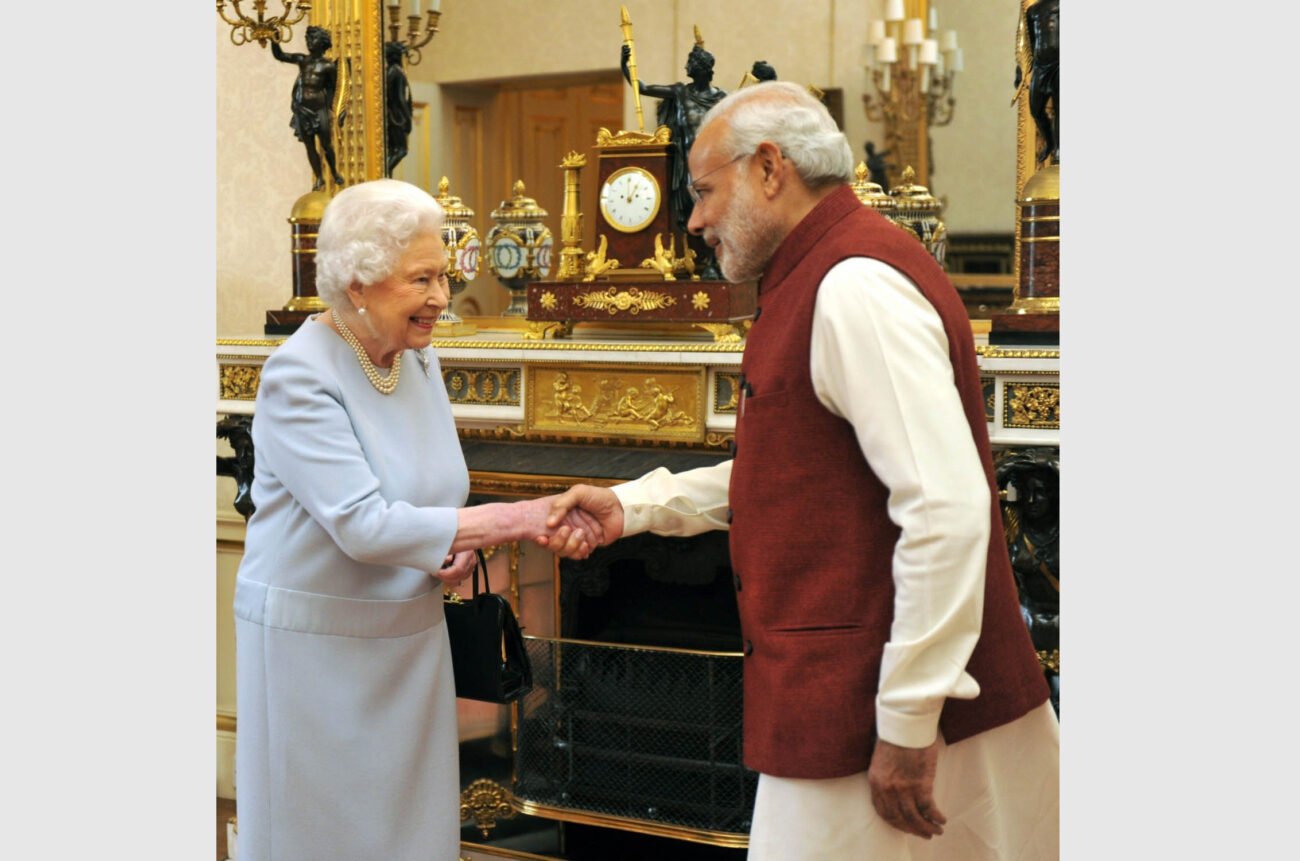 NEW DELHI, (IANS) – Paying tributes to Queen Elizabeth II, who passed away on Sept 8 evening, Prime Minister Narendra Modi said that she will be remembered as “the stalwart of our times.”

Prime Minister Modi recalled his meeting with Queen Elizabeth II during the UK visit in subsequent tweet and said, “I had memorable meetings with Her Majesty Queen Elizabeth II during my UK visits in 2015 and 2018. I will never forget her warmth and kindness. During one of the meetings, she showed me the handkerchief Mahatma Gandhi gifted her at her wedding. I will always cherish that gesture”.

Patil was accorded a red carpet welcome by the Queen at the Windsor Palace, later received the Queen’s Baton for the Commonwealth Games-2010 at the Buckingham Palace, formal banquets and other engagements.

Queen Elizabeth had visited India thrice during her reign – the first historic visit of 1961 at the invitation of the country’s first President Dr. Rajendra Prasad and the first Prime Minister Jawaharlal Nehru, and was the Chief Guest of the Republic Day celebrations.

Later, the Queen travelled to India to inaugurate the CHOGM conference in 1983 during the tenure of then President Giani Zail Singh and then Prime Minister Indira Gandhi, when she also had a famous meeting with Mother Teresa, later beatified as a Saint.

The Queen’s final trip to the former British colony and the jewel in the crown, was in 1997 and equally momentous for the golden jubilee celebrations of India’s Independence when she went to the Jallianwala Bagh in Amritsar and paid tributes to the Martyrs there.

On her part, the Queen played host to three Indian Presidents — Dr. S. Radhakrishnan (1963), Dr. R. Venkatraman (1990), followed by Pratibha Patil (2009), while the ex-President Neelam Sanjiva Reddy had attended the wedding of Prince of Wales — now King Charles, with Lady Diana in July 1981.