HomeIndiaIndia and the worldU.S. Thanks India for Resuming Vaccination Exports, to Expand Comprehensive Global Strategic Partnership 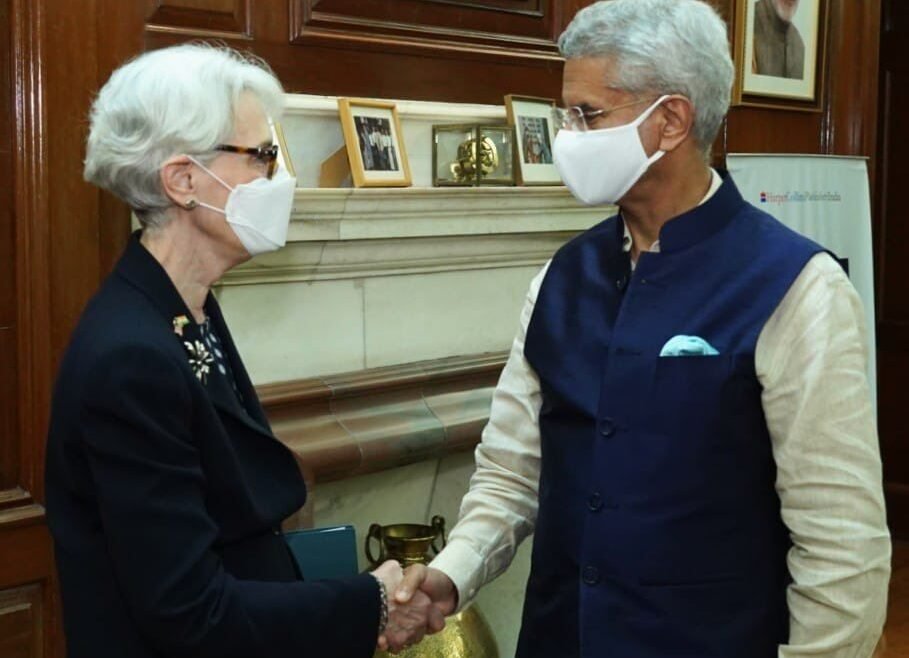 She also assured Shringla of Washington’s commitment to India’s national security during their meeting when they reviewed security issues relating to Afghanistan and China, Price said in a readout of the meeting.

Sherman, who is on a two-day visit to India, also met External Affairs Minister S. Jaishankar, who tweeted after their meeting, “A good conversation on our relationship, its significance and its growth. Appreciated the successful visit of PM @narendramodi to the US and the Quad Leaders’ Summit.”

In the readout of the meeting with Shringla, Price said that Sherman “expressed the U.S.’ gratitude for Prime Minister (Narendra) Modi’s announcement that India, which is the world’s largest vaccine producer, would soon resume exports of Covid-19 vaccines to the US.”

Providing vaccines to countries in the Indo-Pacific region is a major commitment by the Quad, the grouping of India, the U.S., Australia and Japan, and it was reiterated at the summit of their leaders in Washington last month.

The expression of thanks came while they “discussed the growing security, economic, and Indo-Pacific convergence between India and the United States, including around ending the Covid-19 pandemic, combating the climate crisis and accelerating clean energy deployment, deepening trade and investment ties, and expanding cooperation on cybersecurity and emerging technologies,” according to Price.

“The Deputy Secretary assured the Foreign Secretary of the US’ ongoing commitment to India’s national security and they reviewed pressing regional and global security issues, including Afghanistan, Iran, Russia, and the People’s Republic of China,” he said.

“The two expressed their mutual commitment to upholding democracy and human rights and agreed on the importance of continued close cooperation on shared global challenges,” Price said.

Sherman also spoke at the US-India Business Council’s ‘India Ideas Summit’ on the theme ‘Recovery to Resurgence’, which looks at planning for the post-Covid future.

She tweeted, “It was humbling to visit the peaceful grounds of Gandhi Smriti, where Mahatma Gandhi spent the last days of his life, and to honor his commitment to democracy and human rights.”

Both the diplomats discussed regional developments, including in Afghanistan, Myanmar, and China.

At the IDEAS Summit, Shringla said that the US-India Business Council has proactively contributed to the India-U.S. bilateral partnership, especially in advancing our economic and commercial ties.

“The close engagement between the two countries, at all levels of government and industry, and people to people linkages, has made it easier to develop a synergy of perspectives on emerging regional and global issues,” he said.

“With strong bipartisan support in the U.S. and across the political spectrum in India, and a solid foundation of shared democratic values we have built a substantive and robust economic agenda. There is an organic growth and momentum in the bilateral relations, given the deep stakes and investments in India-U.S. relations by a multitude of stakeholders on both sides,” he said in a statement.

The Foreign Secretary also said that the India-U.S. relationship has a positive impact not only on our respective nations, but also in ensuring a free, open and inclusive Indo-Pacific region and a peaceful and prosperous world.