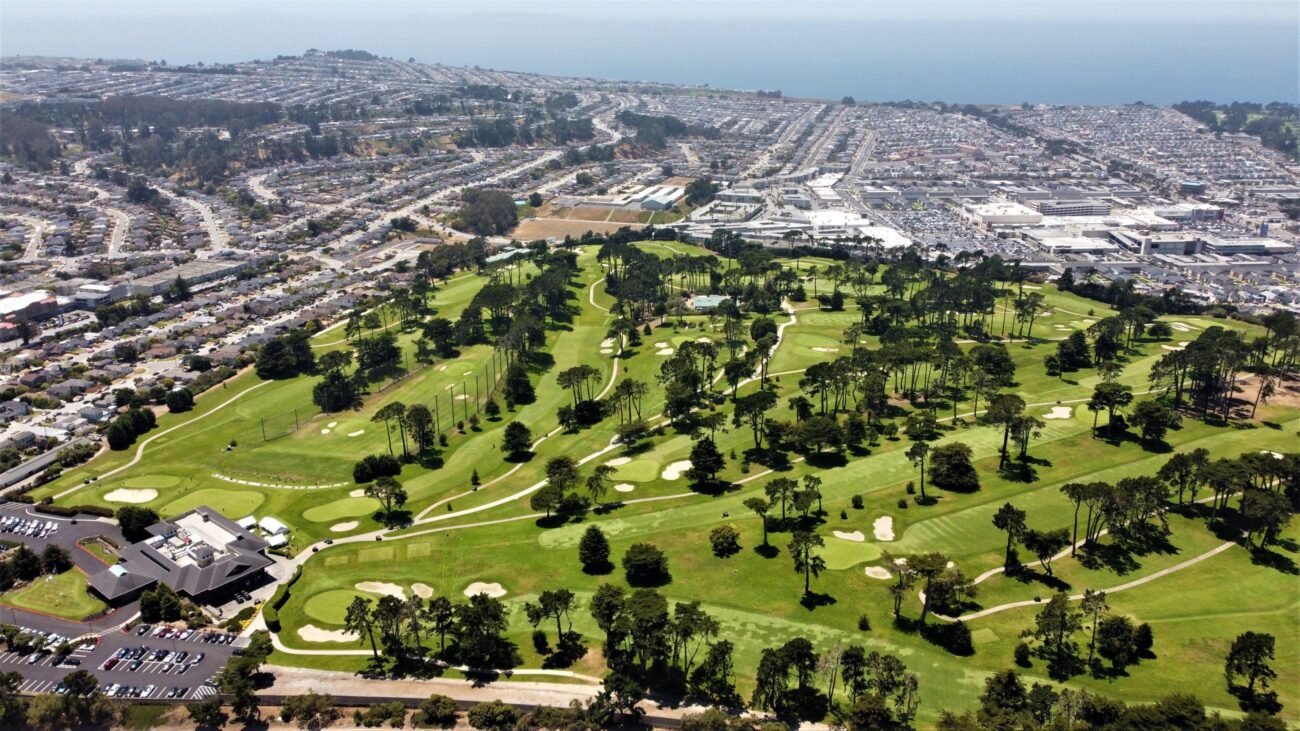 The increase in Asian population was especially visible in Daly City’s Westlake community.  In the 1950s (before the acts), Henry Doelger Builder, Inc., developed the Westlake subdivision in Daly City.  The development received national attention. Many felt that the houses were “cookie cutter” and lacked individuality. In 1962, Westlake inspired folk singer Malvina Reynolds to write a song called “Little Boxes.”  The song satirized middle-class conformity and became a national hit.   Reynolds wrote:

Little boxes on the hillside

Little boxes made of ticky tacky

Little boxes on the hillside

Little boxes all the same

There’s a pink one and a green one

And a blue one and a yellow one

And they’re all made out of ticky tacky

And they all look just the same

And the people in the houses

All went to the university

Where they were put in boxes

And they came out all the same

The developer intended for Westlake to be a white-only bubble community.  They had written in its purchasing contracts that any home bought in their development “shall never be occupied, used or resided on by any person not of the white or Caucasian race, except in the capacity of a servant or domestic employed thereon as such as by a white Caucasian owner, tenant or occupant.”

The developer also wrote in the contract that any white Caucasian who bought a house in Westlake and sold or rented it to a non-white person would be financially penalized.

When the Fair Housing Act was signed, such discrimination became illegal.  A home seller could no longer be financially penalized for selling to a non-white person. African Americans and Asians could buy a house in Westlake.

Because of the Fair Housing Act, my family could move to Westlake.  However, many white residents did not welcome us.  They believed that we had invaded their white bubble.  They often told us to “go back to Africa.” In school, they compared us to apes and told racial jokes.  One time, one of my teachers told a racial joke to her class.  The jokes made African Americans look bad and white people look good.  Our schools did the same.  They never talked about America’s mistreatment of African Americans because this would make white people feel bad.  For example, there was no discussion of the Civil Rights Movement or slavery in our American history classes. Ironically, we never learned about the Fair Housing Act or any other Civil Rights Acts which directly applied to us. No one told me that African American had been barred from living in Westlake.

When we first moved to Westlake, very few African Americans and Asians lived there.  But I soon witnessed the Asian population explode. On my first day of school in Westlake, I became friends with a little boy who looked Chinese, but he had a Spanish last name.  He was new to Westlake and the school like me.  He was extremely shy.  He repeatedly told me what his ethnicity was; but he spoke so softly and with an accent that I never understood him.

The next year, my friend hung out with a new group of new students.  He was very outgoing with the group.  They were all flashy dressers.  They spoke a language that I had never heard before.  My friend, like the rest of the group, spoke that language loudly and freely.  I learned that they were Filipino, and the language was Tagalog.  I had never heard of Filipinos or Tagalog before.

Undoubtedly, their hanging in a group provided a bubble to protect them from many racial attacks.  Personally, I appreciated my Filipinos classmates.  They proudly shared their culture with me which added color to the culture of Westlake.

Daly City is just one example of how the Black Civil Rights Movement transformed America for everyone. Today, Daly City has the highest concentration of Filipinos in the United States.  It is often called “Little Manilla,” “New Filipino town,” “Pinoy Capital” and “the capital of Filipino America.”  Daly City has had more than one Filipino mayor. Today, many Filipinos writing about Daly City credit African Americans, the Civil Rights Acts, the Fair Housing Act, and the Immigration Act for their community.