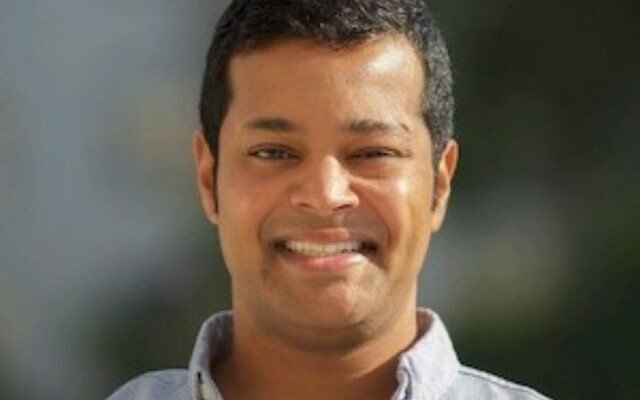 Santosh Sankar is one of two Indian American and two India-origin investors named to the latest class of the Kauffman Fellows program. (kauffmanfellows.org photo)

At least two Indian American and two Indian-origin individuals were named among the latest Kauffman Fellows class, the organization announced in a recent news release.

Among the 57 newest members of the Kauffman Fellows global network of Innovation Investors include Santosh Sankar, Shikha Goyal, Shubhang Shankar and Surabhi Nimkar.

Sankar is a founding partner at Dynamo Ventures. He has been an early investor in several distinguished supply chain technology startups including Stord, Gatik AI, and SVT Robotics.

Prior to his career in venture capital, Sankar was at Citigroup in their Global Financial Institutions Group focused on M&A, capital raising and risk securitization and later covering IT Hardware and Wireless Equipment companies as a public equities analyst at Wells Fargo.

Sankar started his first company, an IT support business, when he was 13 years old. He was named to the Forbes 30 Under 30 List in 2017. He is a graduate of Penn State University with a B.S. in finance and minor in information systems management.

Goyal is a venture partner at Imaginable Futures. She leads the firm’s strategy and investments across Africa.

Over the last 18 years, Goyal has worked across the development and private sectors. Prior to joining Imaginable Futures and Omidyar Network, she worked at the Children’s Investment Fund Foundation, where she led investment and management of programs to improve basic literacy and numeracy for children in India and Sub-Saharan Africa, her bio said.

She was responsible for a portfolio of over $60 million, including CIFF’s investment in Early Learning Partnership, a multi-donor trust fund with the World Bank, Educate Girls India, the world’s first education development impact bond as well as Tayari, a low-cost, early childhood education model across 1,500 schools in Kenya, it adds.

Goyal is a board member for Innovation Edge and SPARK Schools and a board observer for SmartStart in South Africa. She is also on the steering committee for the Global Schools Forum.

She has a bachelor’s in electronics engineering from Thapar Institute of Engineering & Technology in India and an M.B.A. from INSEAD France.

Shankar is a managing director at Syngenta Group Ventures, the Corporate Venture Capital arm of the Syngenta Group, the world’s leading Agri-inputs conglomerate.

He currently sits on the board of Ninjacart, Greeneye Technologies, Tarfin Ltd., Jai-Kisan and BioPhero, all leading startups in the AgTech space. He joined Syngenta Ventures in 2017 as an investment manager and became a managing director in 2019, his bio notes.

Shankar’s areas of expertise include agri-fintech, emerging markets, digital and precision technologies and agri e-commerce. He is also involved in multiple strategic projects around innovation and business development for the parent organization, it said.

Prior to Syngenta, he worked for eight years as a management consultant across the Boston Consulting Group and AT Kearney in their respective India offices.

Nimkar is a principal at GreenHouse Capital, a Nigeria-based early-stage investor focused on the Sub-Saharan Africa and MENA regions. She is primarily focused on fintech and enterprise software, and is actively involved in GHC’s investment decisioning, having backed market champions such as Flutterwave, Helium health, Migo, NowMoney, Dapi and several other, her bio said.

Nimkar’s efforts at GreenHouse Capital also include running a women entrepreneur acceleration program (GreenHouse Lab) that not only provides women founders with capital and resources, but a 250-plus-strong network of women leaders globally. The program was the first of its kind on the continent of Africa to be backed by Google for Startups. This led to Nimkar co-founding a syndicate vehicle that supports under-represented, immigrant founders globally, the bio adds.

Prior to GHC, she was a management consultant at Accenture, operating across New York and London to drive digital strategy for financial services clients.

She earned a BA in economics and finance from Boston University.

The 26th class is a group of highly successful investors fueling entrepreneurs everywhere and supporting entrepreneurship as a catalyst for economic growth and social change, a news release said.

The Kauffman Fellowship is a two-year executive education program dedicated to the world of venture capital and the cultivation of new technology, high-growth, high-impact startups—all with a focus on one’s responsibility as a leader in the industry.

Each year, Kauffman Fellows identifies and develops a new cohort of accomplished investors who attend the two-year program part-time, while they are investing full time, the release notes.