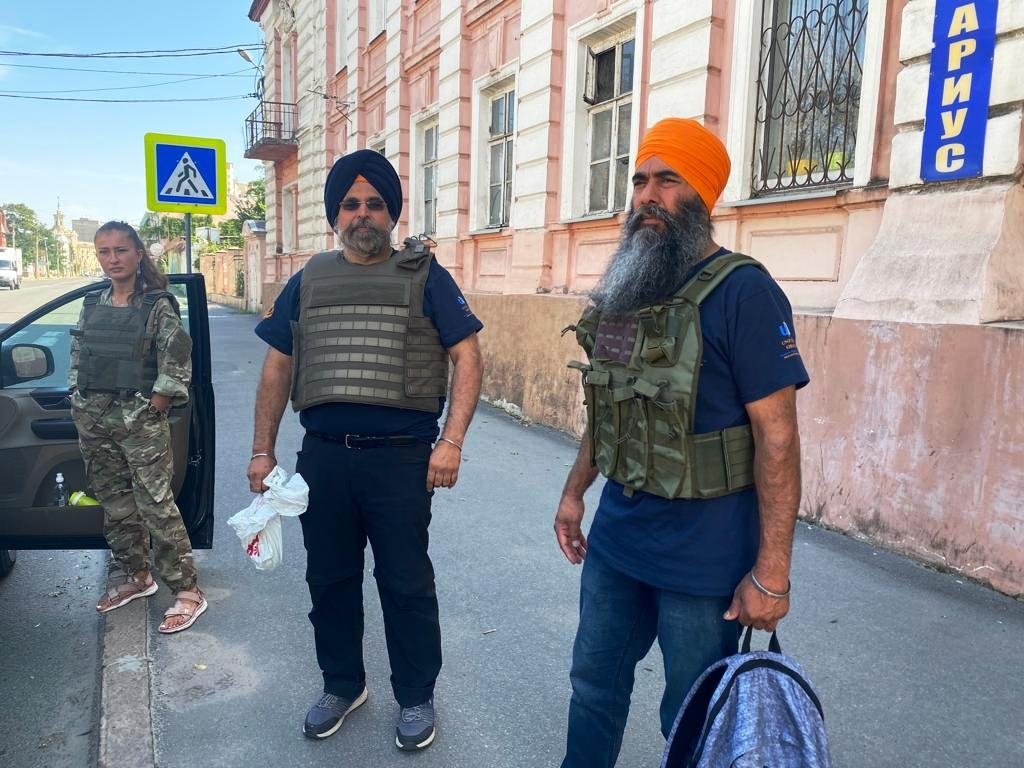 NEWARK, NJ (IANS) – The founder director of United Sikhs is touring the war zone in Ukraine to assess the needs of residents who have been rendered homeless and step up its relief efforts.

Hardayal Singh accompanied by another senior Director from Seattle, Balwant Singh, and Newark-based lawyer and activist Victor Herlinsky, went around various towns around Kharkiv and interacted with families who lost their homes in the bombing. They were also meeting with local leaders and humanitarian organizations to optimize humanitarian assistance for Ukrainians.

Volunteers of United Sikhs, one of the first responders to organize relief with volunteers from Germany, the US, Denmark, and the UK, are risking their lives to set up medical relief camps, heated shelters, a community kitchen for daily supply of food for the refugees and the victims in multiple cities, including Kiev, a statement noted.

The immediate need is for safe bombing shelters to save children, women, the old and the sick which United Sikhs shall be setting up soon for more than 300 children, women, and men, in the grey zone in the heart of Ukraine, Hardayal Singh said.

The UN-affiliated United Sikhs had been looking after refugees with medical aid, life-saving relief supplies, sanitation, and dental kits, clothing, and food every day.

Earlier this month at a fund-raiser hosted by Friends of Ukraine in Newark, Senator Cory Booker, had joined in the spirit of solidarity with United Sikhs, and said injustice anywhere is a threat to justice everywhere and injustice is happening, people are dying right now, and appreciated the United Sikhs’ initiatives from not letting the evil triumph through their good work.